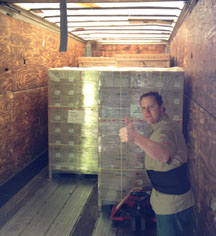 For anyone that owns and/or uses a dye-sub photo printer, you are probably painfully aware of the printer supply shortages that the industry experienced throughout last year. DNP, the largest manufacturer of dye-sub printer supplies in the world was hit by a double whammy in the first quarter of 2011. DNP, who has been making dye-sub materials for Sony and other printer manufacturers for many years, acquired the professional dye sub printer business of Sony in January of 2011. Just as the transition was beginning to ramp up, Japan was hit by a massive earthquake and tsunami. One of the key media factories is located near the Japanese city of Sendai and was taken off line. These events wreaked havoc in the dye-sub printer world. DNP not only makes printer supplies for DNP and Sony printers but also for HiTi, Shinko and Mitsubishi. All the manufacturers had supply chain issues and dealers and customers in the US and worldwide were faced with shortages and back orders. Imaging Spectrum was forced to allocate shipments as they trickled in and come up with creative solutions and alternatives for our customers.

We’d like to thank you all, our valued customers for your patience. We’d also like to report that we think, perhaps “mediageddon,” a term that one of our sales reps coined, is over. We have ample supplies of all major skus in all of our warehouses. DNP has opened a factory in North Carolina. Other manufactures have found alternative sources for media. Things are looking up for 2012. In fact, due to large orders that we placed throughout the year that have finally been full filled by the manufacturers, Imaging Spectrum is now over stocked and would like to offer the following discounts for any customers that would like to Stock up and Save on selected items. Offer ends March 15, 2012. 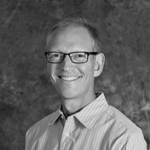 Thanks for visiting us at WPPI!   Harman-ize and Save Big on Harman Ink Jet Papers by Hahnemuhle